Controlling MagicQ from other systems using UDP for example Crestron

Control Playback on a Console from another system

We will assume you want to control a MagicQ Console from an external system such as Crestron. To do this you will need to send UDP commands over the network the console is on. The UDP commands must be sent to the IP address of the console on port 6553

Notes: Check you have a valid IP address and subnet mask set on the console network settings here too.Ping the console's IP address from the sending system to test.

You must not be using multiconsole or controlling MagicQ will go badly. Even with this turned off you need to set the consoles other than the one you are controlling from the Crestron to a different playback sync port. 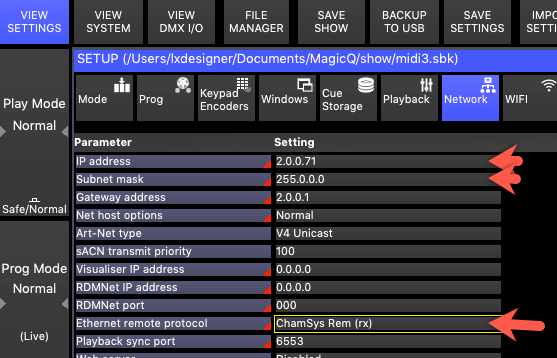 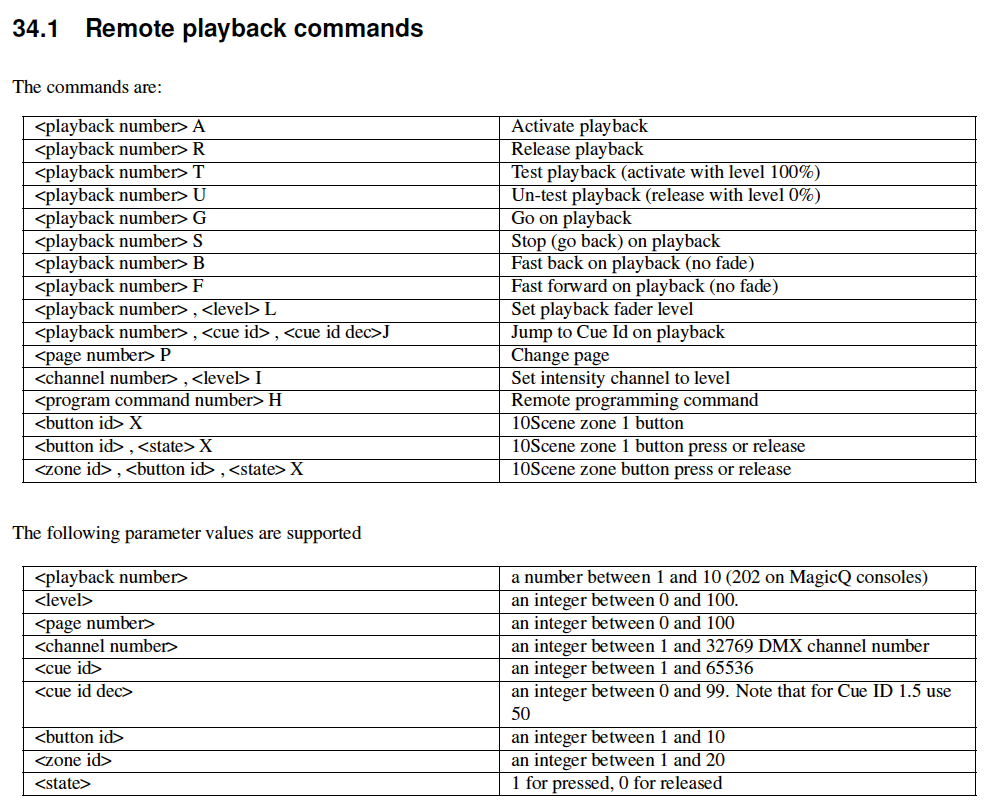