Setting up your Chamsys console to output Midi/SMPTE: 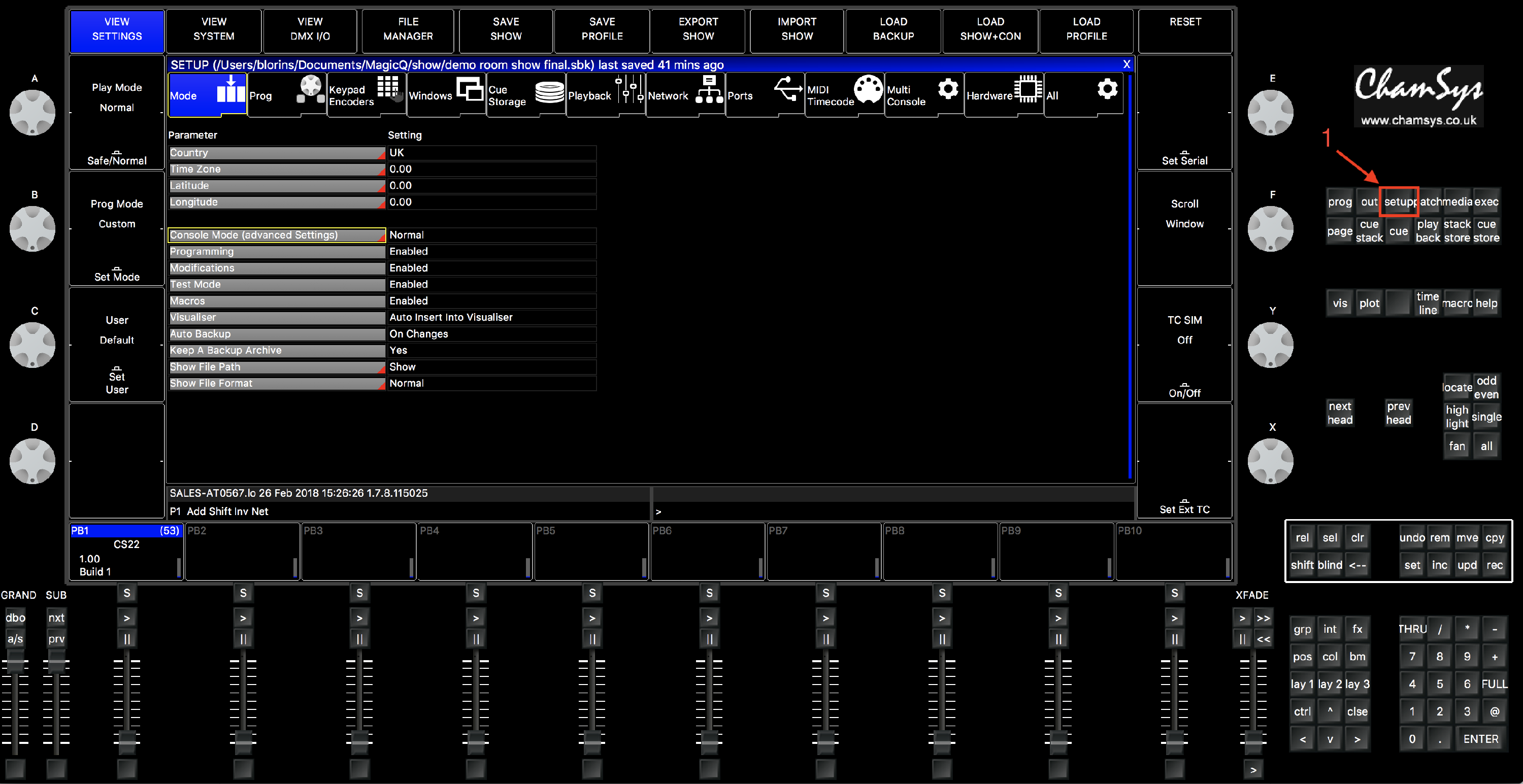 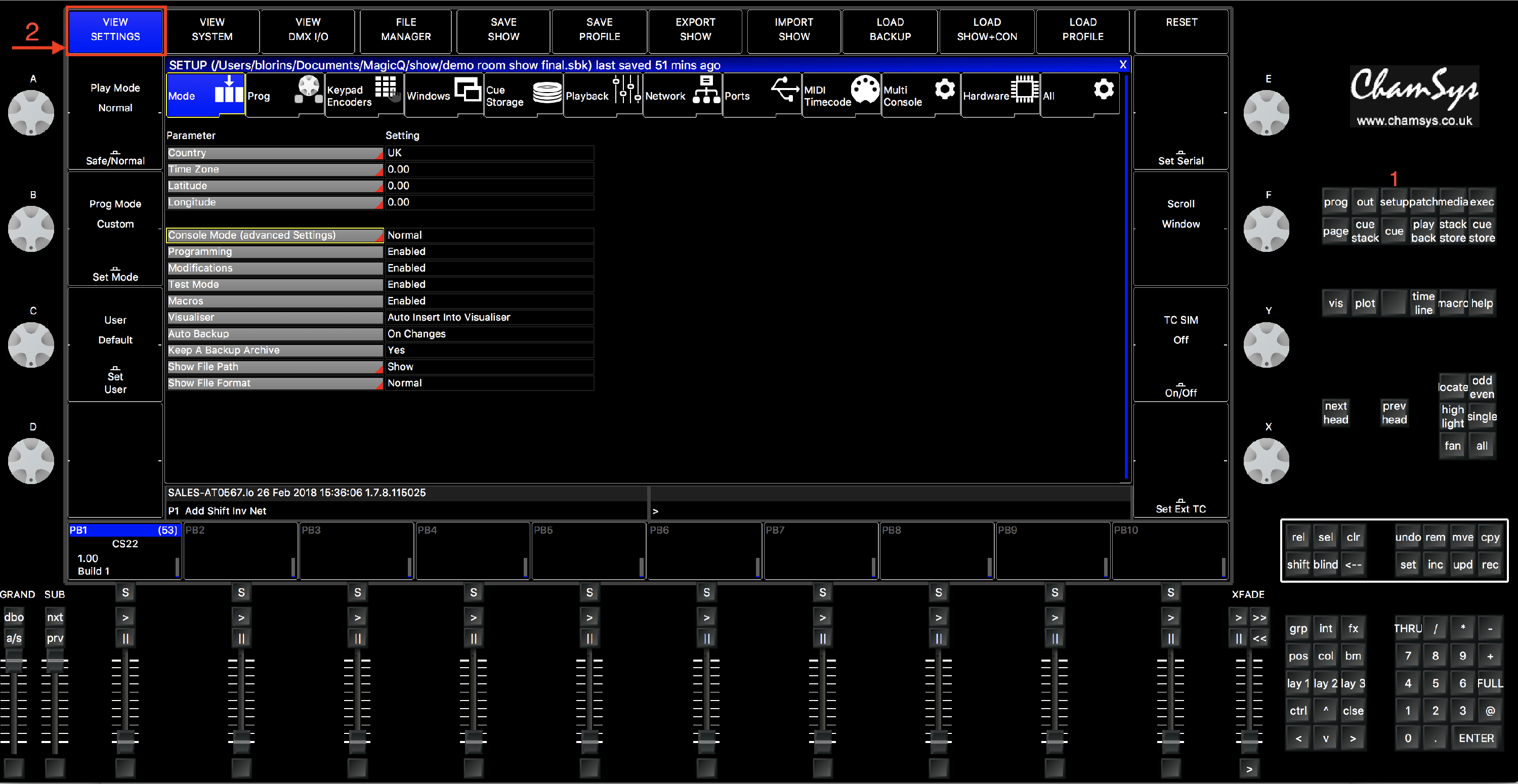 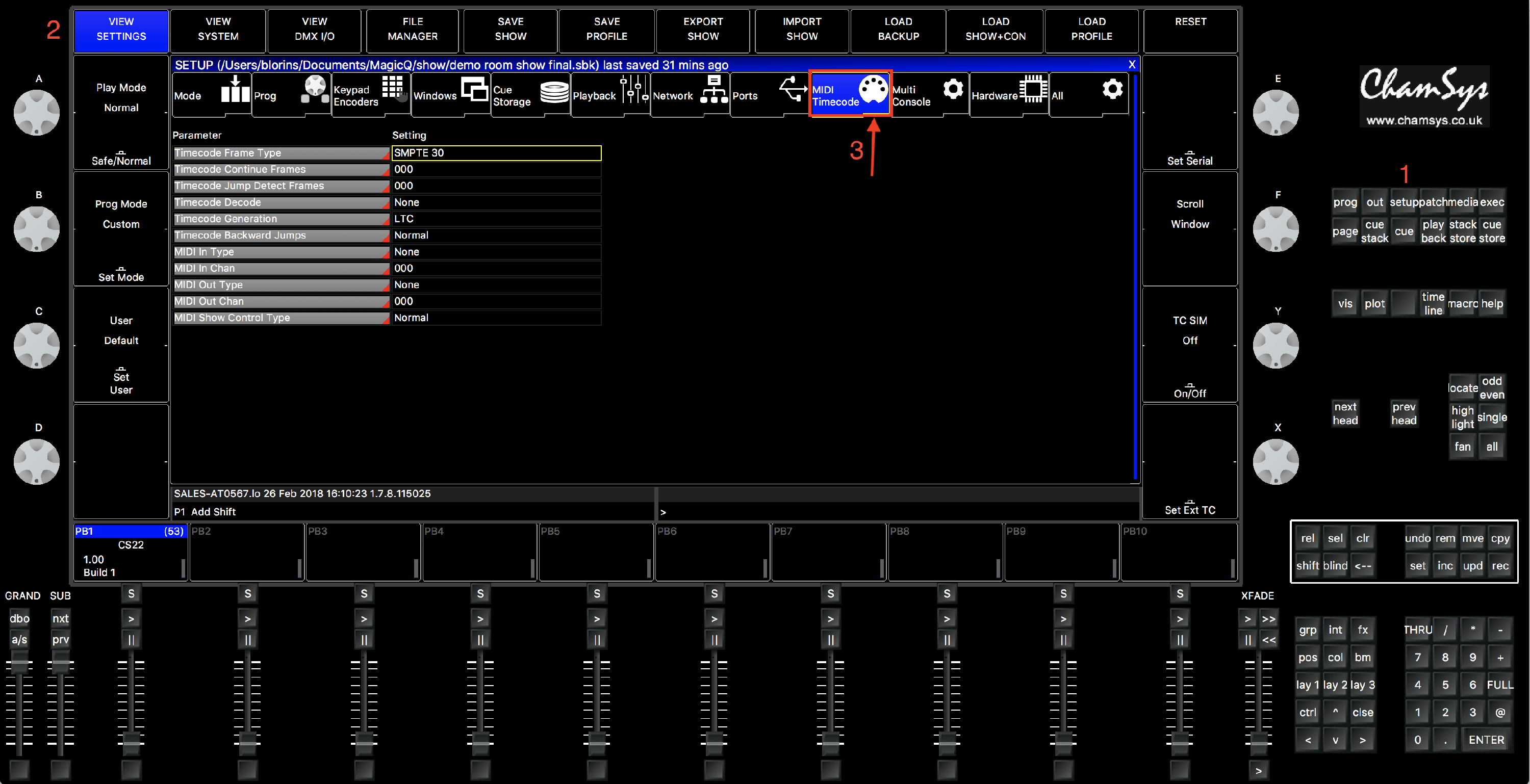 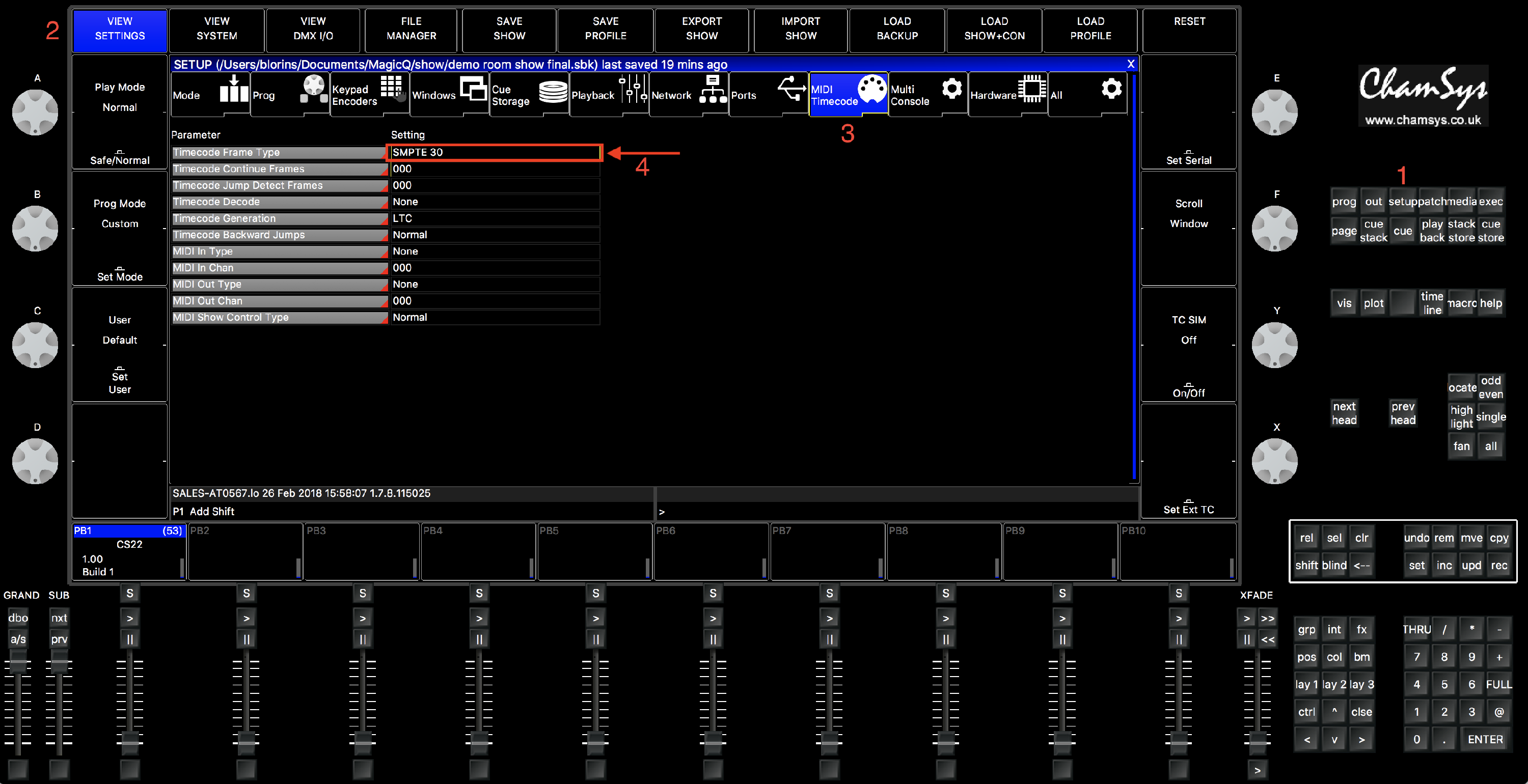 -EBU stands for the European Broadcasting Union. Their standard is 25 frames per second. This standard us most commonly used in Europe and Australia.

-SMPTE stands for the Society of Motion Picture and Television Engineers. Their standard is 30 frames per second. This standard is most commonly used in America and Japan.

5) Set Timecode Generation: Select the type of timecode you want the console to generate. (NONE, LTC, MIDI, ART-NET (retransmit)) 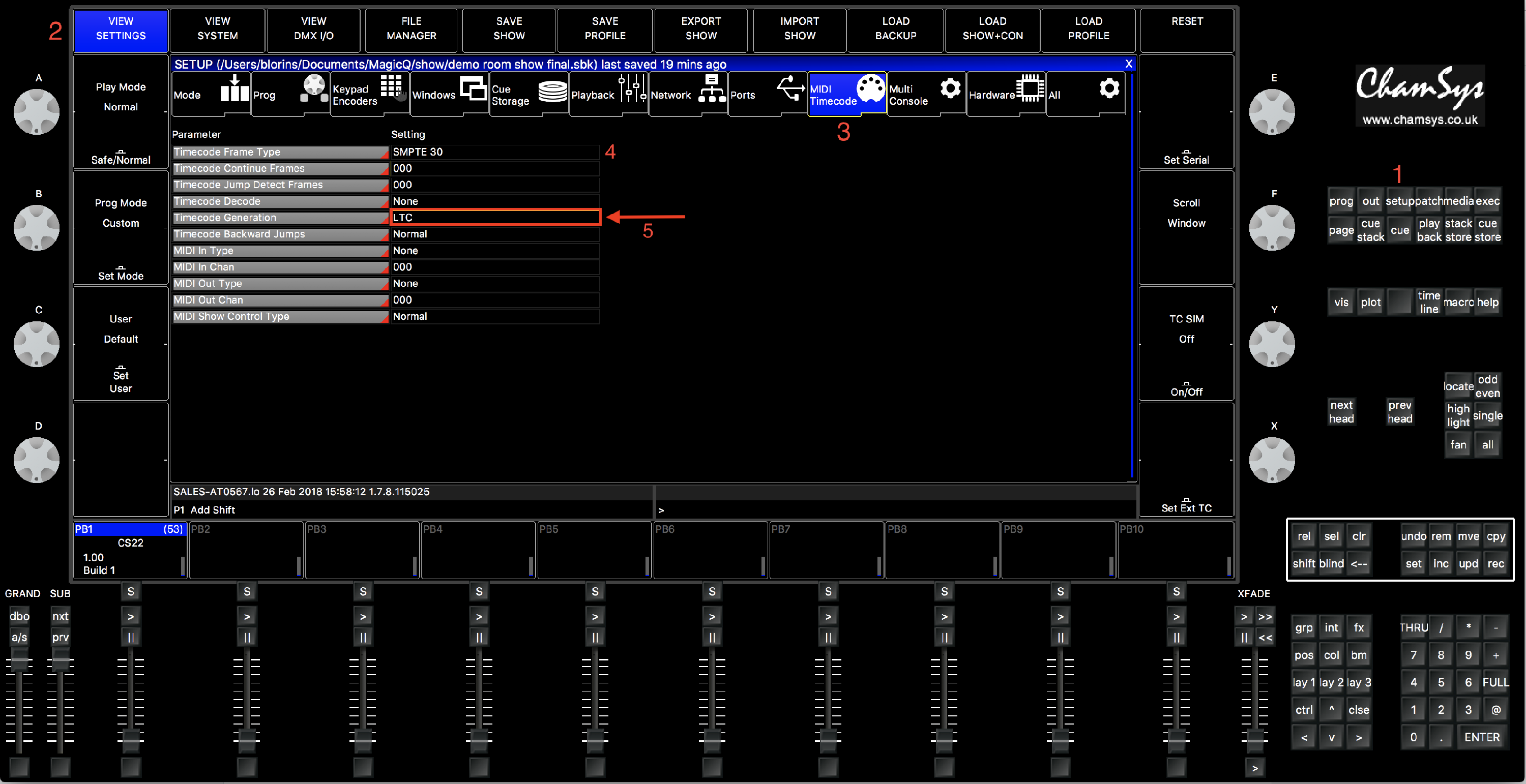 -LTC stands for Linear Time Code. It is used when you want to send LTC over a three pin XLR cable.

-Midi stands for Musical Instrument Digital Interface. Midi can be used to connect several different devices at the same time, where triggering one device will trigger the other devises. This allows for the coordination light cues, sound cues, and automaton without having to fire three separate cues. Midi is sent over a proprietary five pin Midi cable.

-Art-Net (retransmit) is used when you want to send timecode over a network.