Chamsys consoles/PC's can be used in a main/backup configuration over a network, to do this you will need "Blue" hardware or the Rackmount dongle attached to a PC to unlock the multi console features in the software. 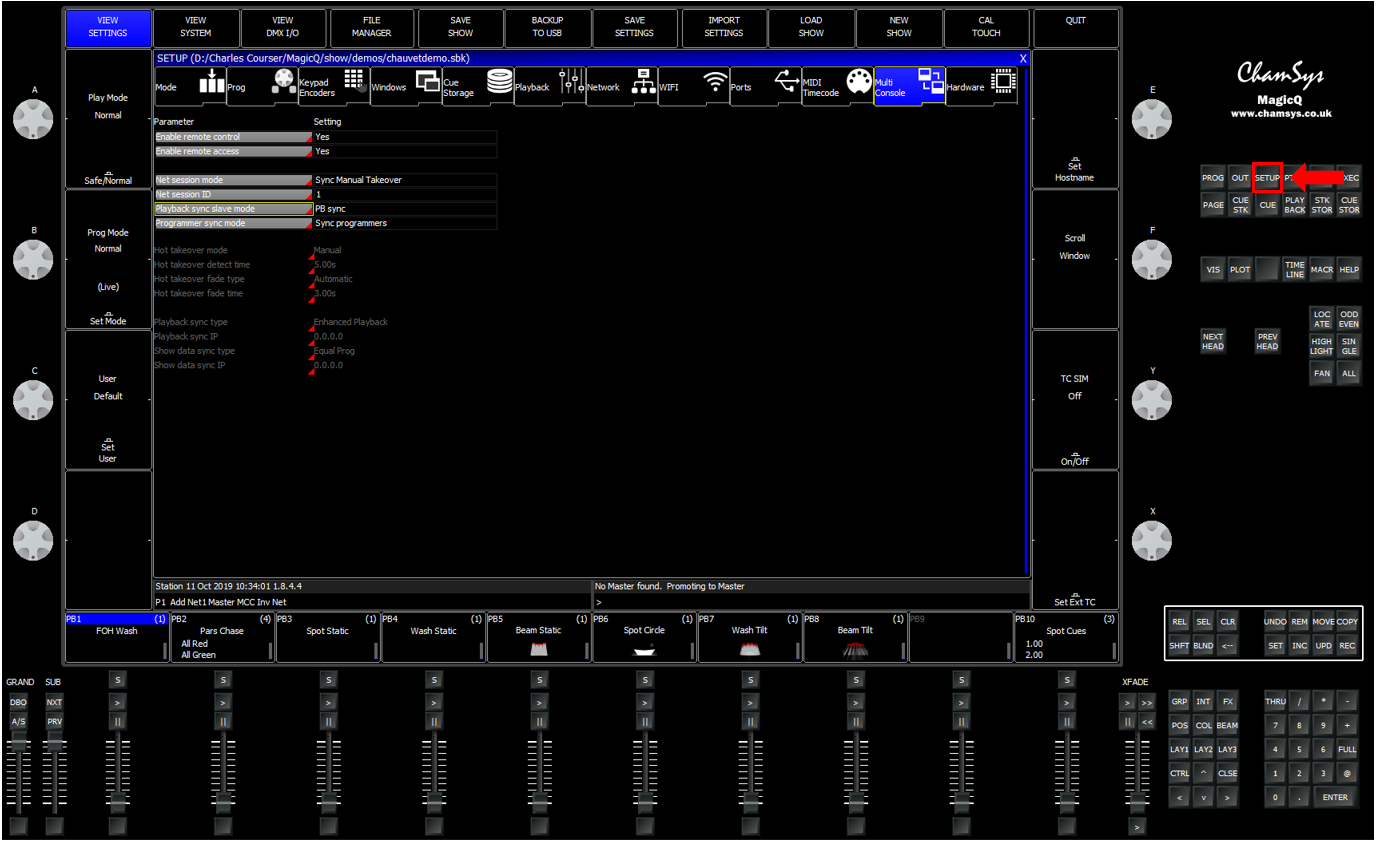 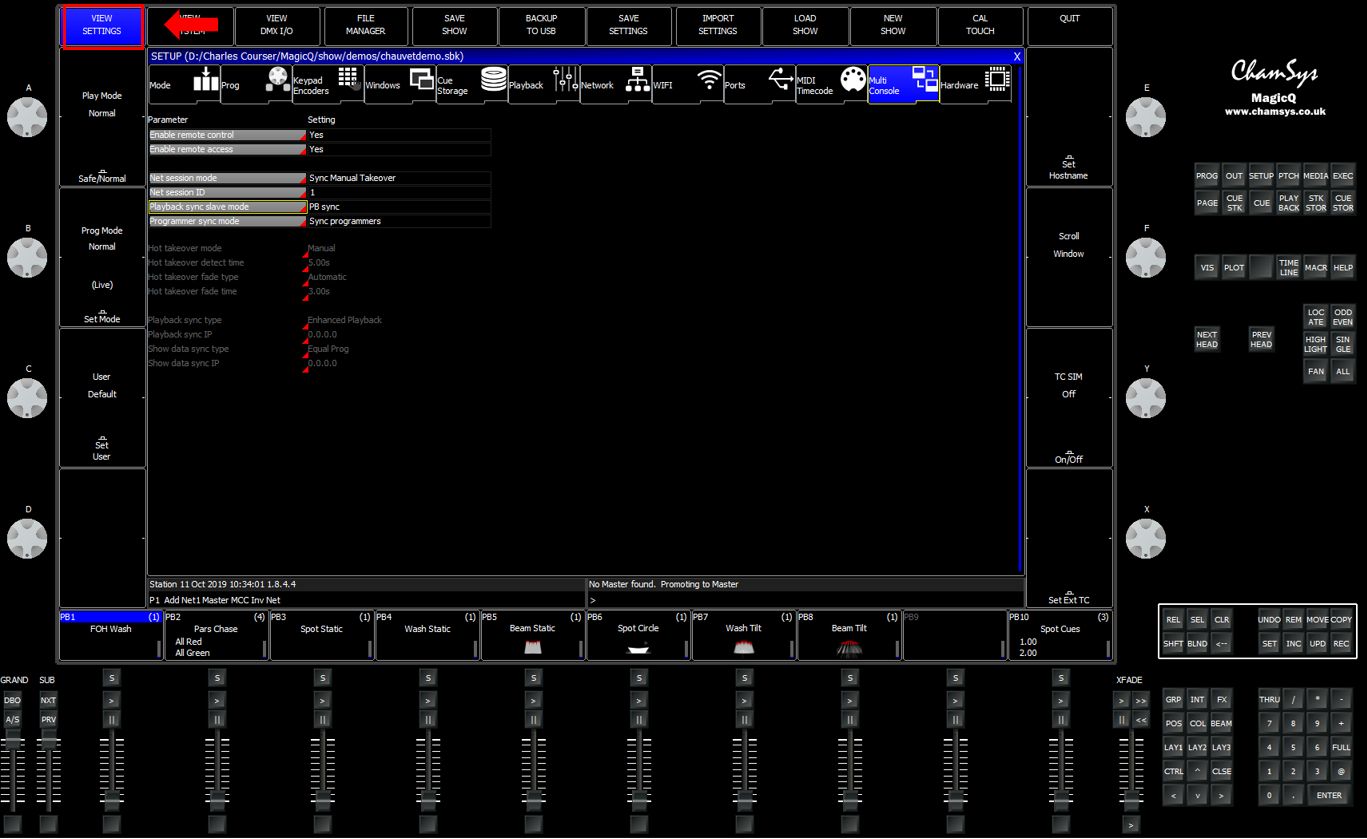 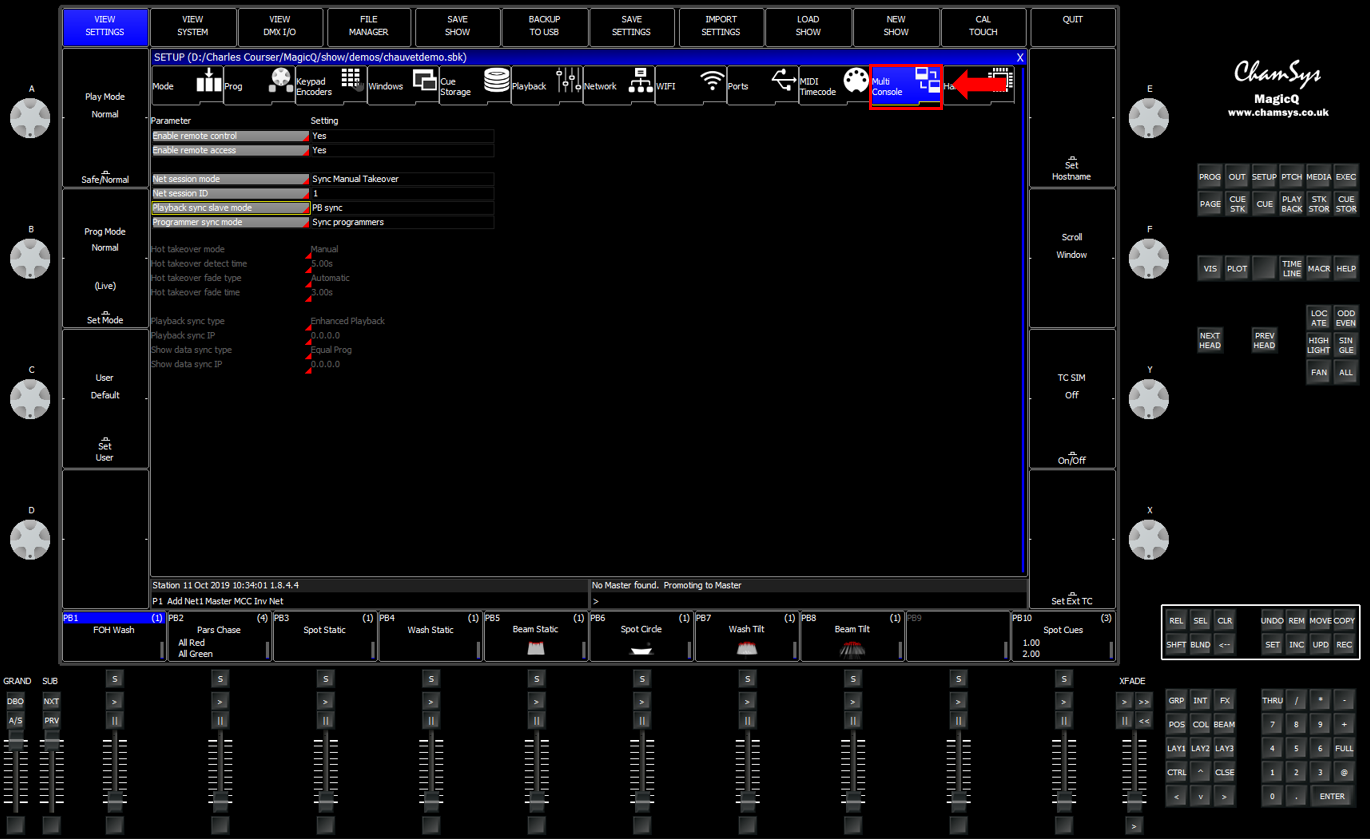 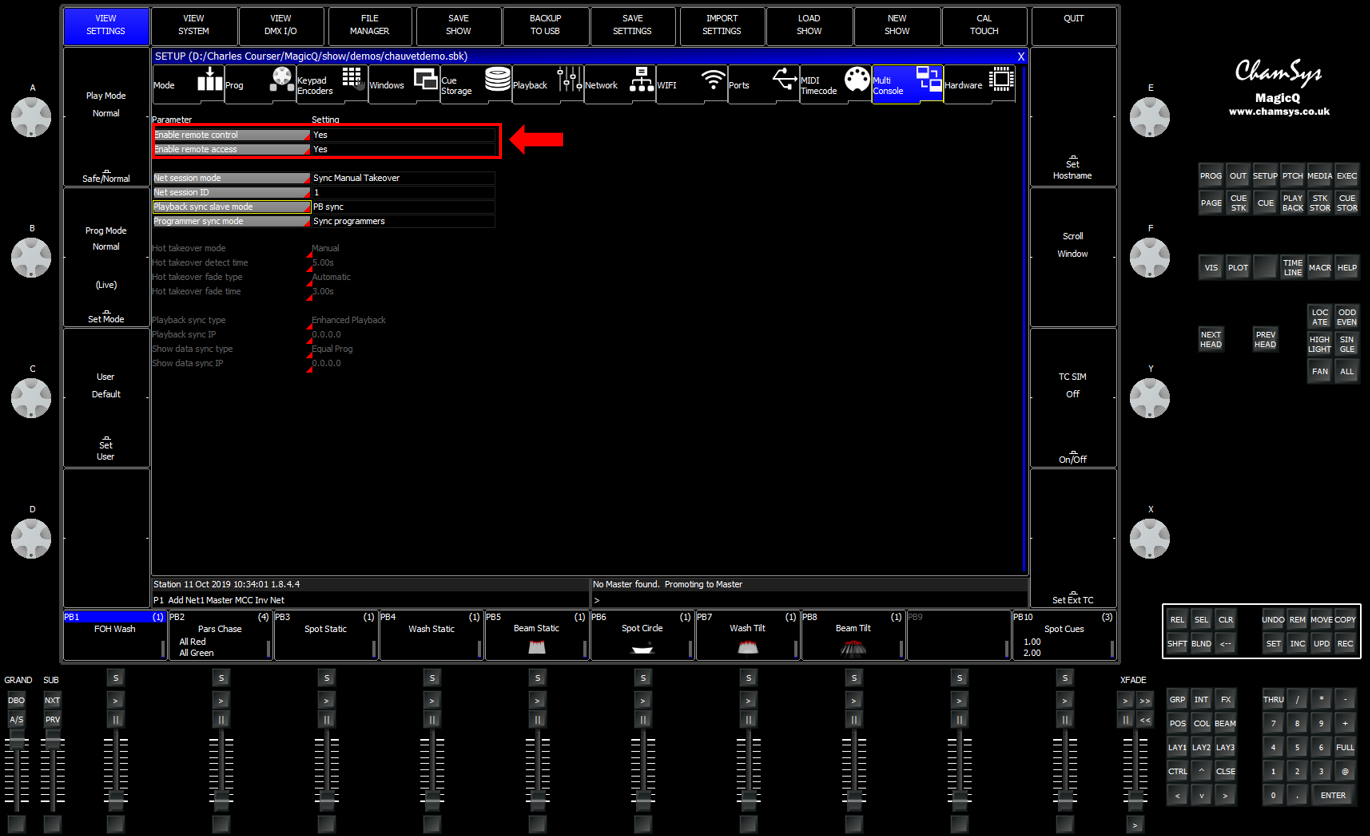 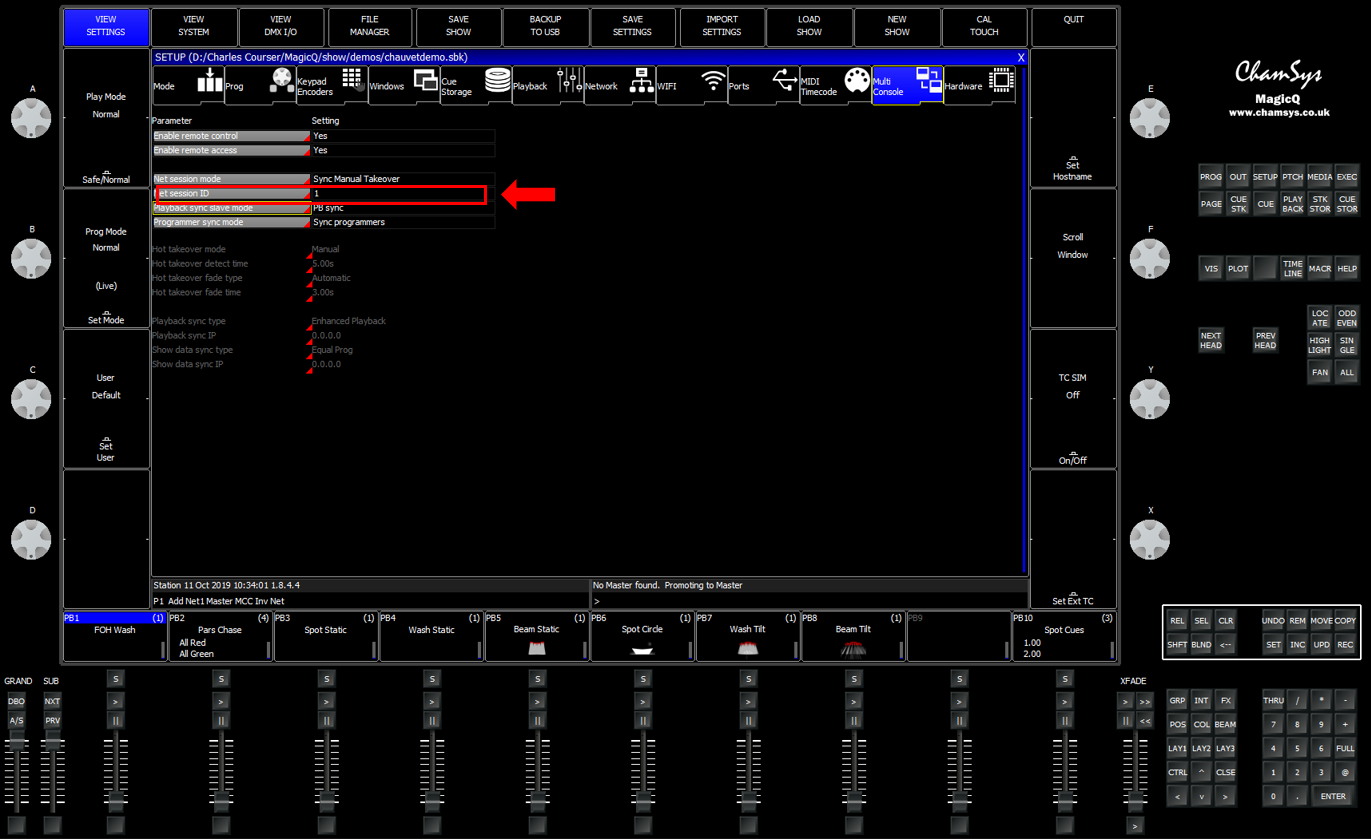 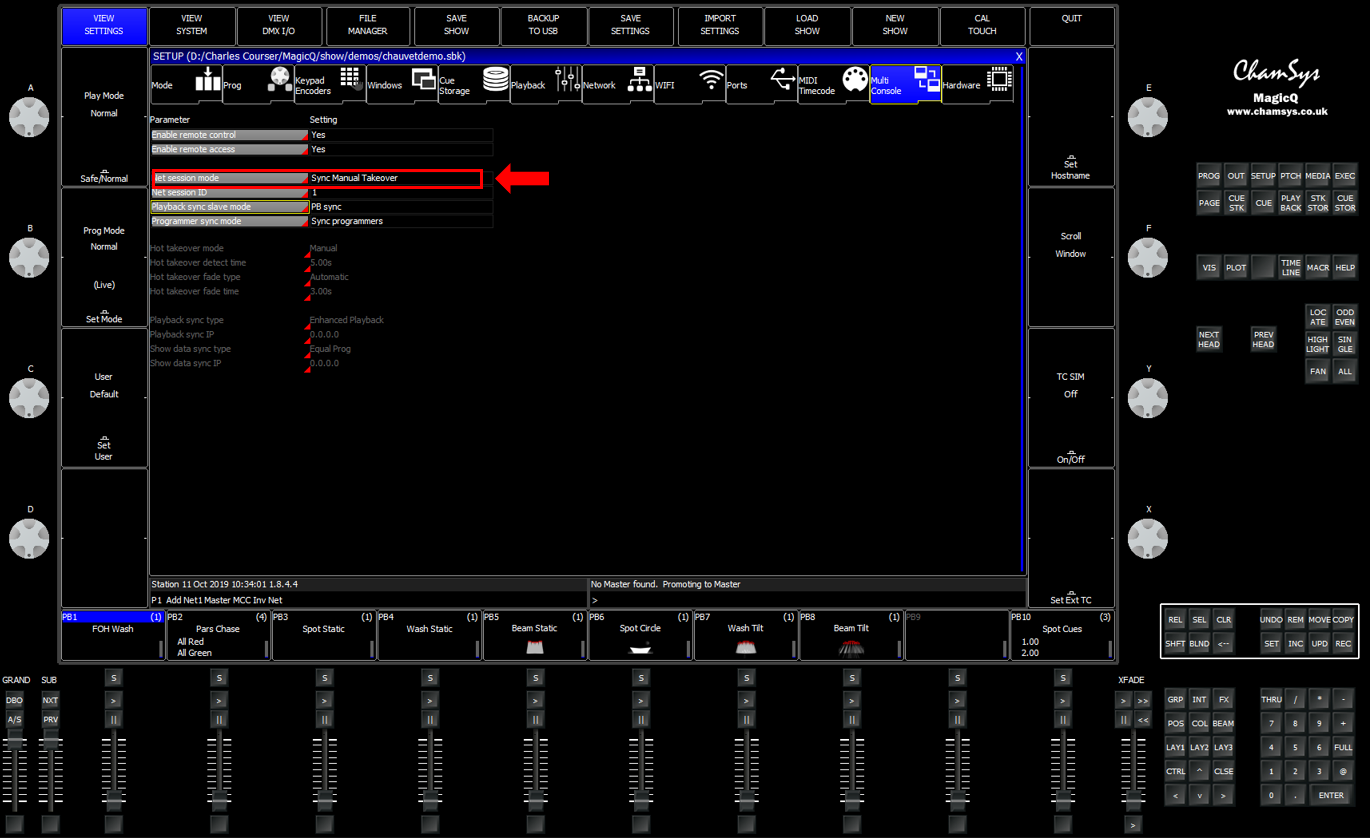