It is possible that either the video card has failed or has come loose. If instructed by ChamSys USA technical support perform the following to check/test.

To remove the rear panel remove the nine screws around the three edges using a posidrive screwdriver. Powered tools are NOT recommended.

Remove the connectors to the two console work lamps by pulling down to disconnect. Move the panel forward away from the console. It should be possible to access the secondary video card on a Pro 2010 without disconnecting any other connectors.

The secondary Video card is identified below. 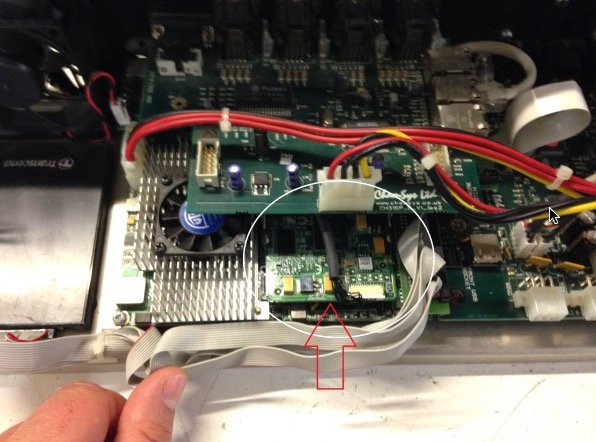 Check the seating of the card by removing and reseating. Pull the metal clips on either side of the card and gently lift the card and pull towards the front of the console. Reinsert and assemble to console and test.

If the same condition presents, open the console back up and remove the video card completely disconnecting the video cable too, and test once again.