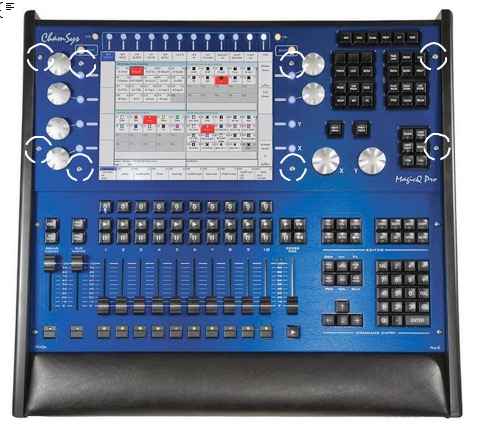 Once the eight fixings have been removed, the metalwork can be lifted off. The top metalwork is into parts the blue overlay and the black lower metalwork.

Care should be taken to avoid the screwdriver or Allen key slipping, as this can cause significant damage. 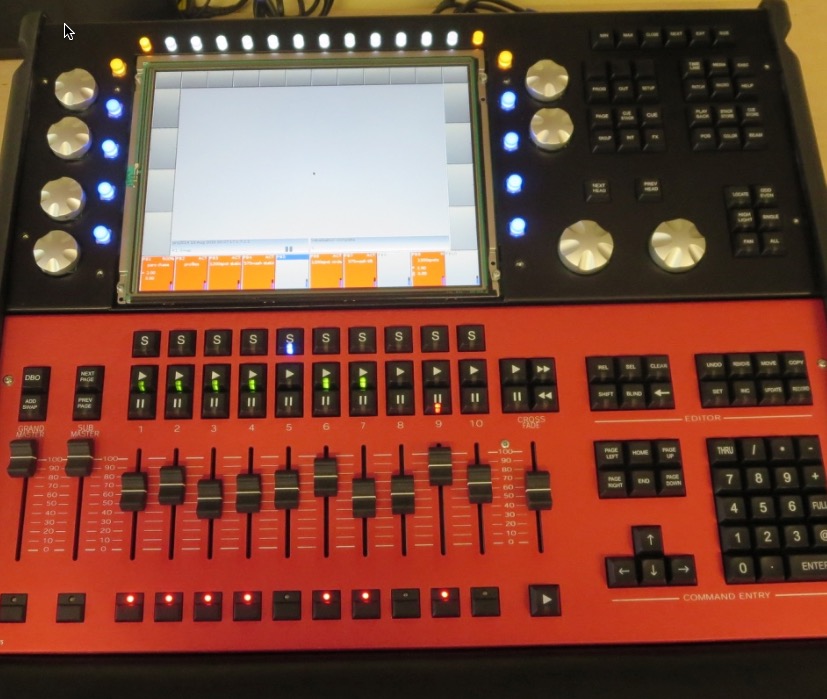 The screen is attached by four screws, one at each corner. The screen is spaced off of the main PCB with hex nuts on these screws which should be retained for later use. 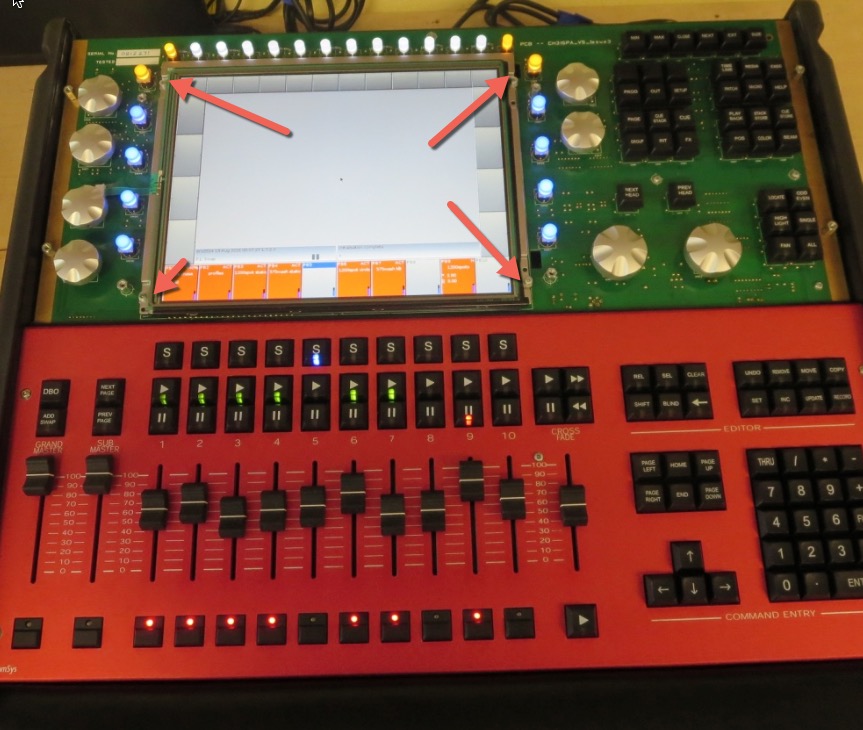 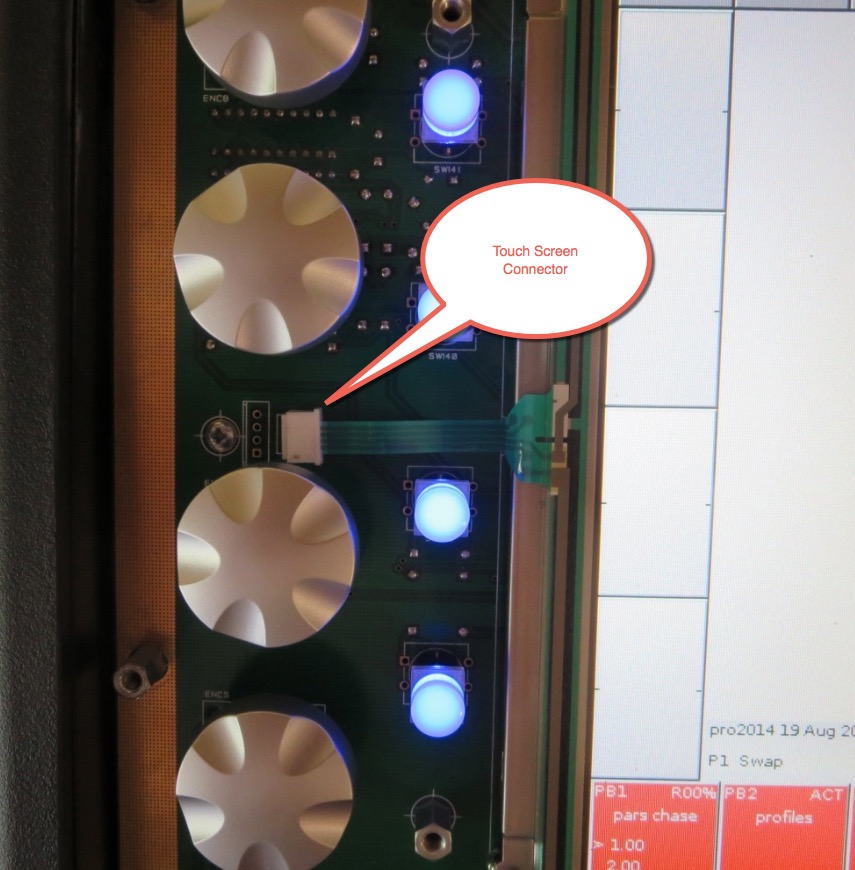 To remove the rear panel remove the nine screws around the three edges.

Moved the panel forward away from the console and it should be possible to cut the zip tie and remove the connector by sliding it away from the rear of the screen. If you decide that this is not possible then an alternate method is to remove the lower front metalwork and completely remove the front PCB. Instructions for this appeal further down this article. 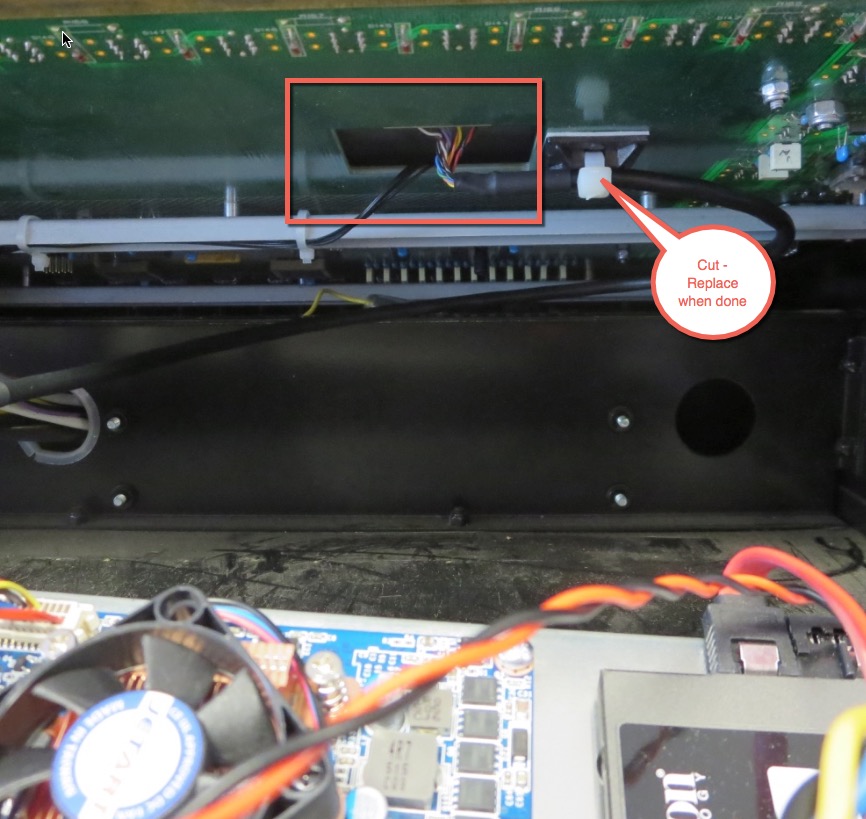 Once the two connection locations have been disconnected and screw the four retaining bolts at the corners of the screen and remove and replace with a new screen. Reattach electronic connections at the front and rear adding the new zip tie to stabilise the cable underneath the PCB. Reassemble in reverse order ensuring that no buttons or keys catch the front metalwork.

Prior to full assembly it is worth testing by connecting power and calibrating the touchscreen. Care should be taken to ensure you do not come into contact with any live components.

The first step in removing the lower front panel metalwork is to remove the favour knobs. The armrest should also be removed.

Once these have been removed, before securing screws in the lower front panel can be removed using a 2.5 mm hex key. There is also a securing screw between fader number 10 and the cross fade fader. This should be removed with a 1 mm tip PosiDrive screwdriver.

The front panel should be stored safely to prevent damage to it.

When replacing the panel, ensure it is pushed as far to be right as possible to allow the free movement of every bottom. It may take several attempts to position it so that all the buttons have free movement. 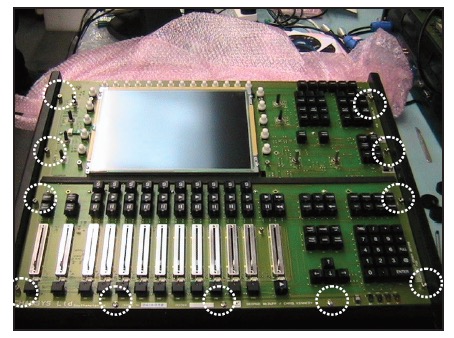 The spaces that hold the PCB to the chassis are made of brass, and are therefore easier to share off. Do not use large amounts of force when removing or replacing.

Once these have been removed, the PCB should be lifted out from the right-hand side. After lifting approximately 4 inches, you'll be able to remove the right-hand working light connector; This can simply be pulled away from the board. The connection cable to the front panel will next do to be removed. This can be achieved by pressing on the tab, and pulling the connector away from the socket.

On newer 2014 models the lamp connectors may be attached to the main back panel and do not need to be removed.